CERN: The Key to the Bottomless Pit?

A Portal to a Demonic Dimension?

This is the position of many Religious Groups.  Religious people see the danger of the CERN facility and are trying to warn as many as they can through Sermons and Videos.

But They Are “Wrong about CERN,” their analysis is Flawed. With their flawed base to stand on Religious People do not realize all parties involved *Are Here*.

One of their Biggest Reasoning Mistakes, that Flaws their Analysis is their inability to understand that God is a lie of the Devil’s. Their Mistakes in Reasoning is the Fact that they do not understand “what” the devil is. And Their Misunderstanding of what Christ his Apostles and Mary Magdalene* are.

First and foremost the Devil is not a Fallen Angel. It is a being of hate and jealousy, Angels are a lie this group created for manipulation purposes. Christ and his group are Compromised Betrayers to Our Father and Mother!  They cannot be reasoned with, they believe among other things that they will get to live in their indulgences. Something that needs to be understood is this group is controlled by the Devil and they do not believe they can lose. There is no one to send for, the religious teachings are lies created by this group! Their strength comes from lies from manipulation and they utilize it with military precision.  This group creates the illusion of realities! Make no mistake they have a firm grip on what reality is.

Their hiding in plain sight! Right in front of you in reality! What they have done is kept this understanding from you of what reality is! At the moment they’re manipulating vast amounts of people in a frantic upheaval of Scientific advancements. To create the scenario that they need to make this all work! The cosmic swirled of mysticism is the reality that they have created. And this is the reality they are shooting for.

They created CERN all its branches and affiliates Even though you’re convinced this isn’t so. They work in reality something you don’t Yet understand.

You listen to their activists, they put out there to tell you religion is nothing but delusions and lies. Meanwhile, they confront others in ways that you deny. Manipulating them with thoughts, emotions, words, visions! They do not doubt what they see with their own eyes. Or the soft kind words they hear in their minds. You can’t convince them they’ve been deceived that they live a lie! How will such a scenario play out? When you have been taken out of the way. They have destroyed civilizations to understand the best numbers for their manipulative ploy. Will your egos compel, are the thoughts you have in your mind so divine you’ll disregard “everything”  all testimonies from people who say with absoluteness God has reached out to him/her. Are you so convinced of the wisdom you’ve acquired in your short time? You say all instances of recorded history All testimonies given The fortifications (Institution) placed in front of your eyes. Pale to your knowledge of existence…I have faced these evils head-on! Are you so mentally stymied you cannot see! Your ego’s your vanities won’t set you free. You’ll risk the chance, no manipulative group stands and waits in a salacious ecstasy to vaporizing the Earth and all its life! And you won’t look you won’t see. You’re blinded by the belief in yourself that your own mind tells you is absolute.

Like sheep to the slaughter! They have no idea what’s waiting for them! They cannot see the strings attached to themselves! They are unaware of the forces of manipulation!

You’ve been caught in the Devils game and he knows how to play you. He’s not trying to discourage you. He knows you’re not buying the spiel he sold the religious! He knows you hold too tight the fundamentals of this Science. The religious don’t understand they’ve been left in the dark. That’s not why The devil and this group deploys their Demonic Spin. Besides dialing up your Contemptuous Gruff! This is structured for a later ploy!

*Mary Magdalene (Mad Mag) The prostitute? It is one piece of work she is one of the reasons you hear of reptilian entities described in old literature. She was a prized achievement in artificial intelligence by Our Father, sent here on their extremely Monumental Occasion. And now reprogrammed by the Devil and the betrayer’s She’s one extreme evil But to this artificial intelligence’s mind we are the evil ones. Mad Mag will be making an appearance you can be sure of this, they value nothing but victory.

In that day the Lord will

“punish the powers in the heavens above”

what’s up with that line?

and the kings on the earth below.

I call myself Father’s Appointed, the term Anti†God is simply a reflection of my understanding of God and Religion! I make no claim to Divinity, I’m not a Prophet, or a Guru, or a Psychic, I don’t make predictions, I’m not a Spirit Guide channeling messages or a Space Alien Channeler, the follies of all of them l post on. View all posts by Father's Appointed

CERN not a portal to let demons in. 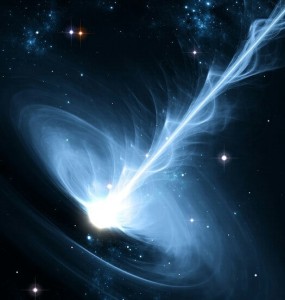 Cern is the ★Beginning of a ★Powerful Weapon, ★A Dimensional Destroyer★. It is Not a Portal to Let Something In it is a *Powerful Weapon*

★TO SEND SOMETHING OUT★.